How I (Mistakenly) Ended Up at the Lantern Festival in Taiwan

Yup, you read that right. I accidentally visited a country during one of the most popular national celebrations of the year.

The Lantern Festival in Taiwan is known worldwide and is visited by thousands of tourists every year.

You can call it fate or just sheer dumb luck. But my brief visit to Taiwan was substantial since in the 12 hours I touched down in this country, I was blown away by colorful fireworks, unique parade floats, and happy-go-lucky Taiwanese people.

Interesting in attending a Lantern Festival? Here’s what I learned when I accidentally attended one in Taiwan!

What is a Lantern Festival?

While the lantern festival originated in China, it is now a popular event all over the world today.

Traditionally, the night of the year’s first full moon is when this celebration commences. People, both young and old, venture out around the country to celebrate.

The lanterns in this festival aren’t quite what you’d expect: they can range anywhere from giant parade floats to handheld paper lanterns.

The Lantern Festival in Taiwan is now a major tourist attraction thanks to the Taiwanese Tourism Bureau. Each year, they are known to put on quite the show for the country’s visitors.

Why is it celebrated?

Taiwan’s Lantern Festival is celebrated each year to commemorate the first lunar month of the Chinese New Year. It’s the grand finale of the New Year celebrations, so to speak. It is also a celebration of the coming of spring.

The lanterns typically symbolize the people letting go of their past selves and striving to become new ones. They can also symbolize good fortune, health, and prosperity. Some people write wishes on the lanterns for the upcoming year.

When is the Taiwan Lantern Festival Celebrated?

There is no specific date of the festival changes each year. But, it is always held on the 15th day of the first month in the lunar calendar and at the end of the Lunar New Year.

If you’re interested in attending this event in Taiwan, but sure to stay updated on the Tourism Bureau website for dates and locations.

Want to have your own lantern festival party? Check these out:

Where can I see the Lantern Festival?

In Taiwan, the Lantern Festival is held in the Pingxi District of Taipei (also known as New Taipei City). You’ll see thousands of sky lanterns lit above the city and dozens of large floats parading about the city.

You can attend a lantern festival in other Asian countries, too. The most notable ones are in Vietnam, China, and Thailand.

If you’re interested in attending one in the United States, there’s the Lantern Floating Hawaii in Oahu, Hawaii. This event is not a traditional lantern festival but is held on Memorial Day to honor and remember deceased loved ones.

It’s hosted by a large Buddhist community on the island and symbolizes optimism, love for past loved ones, and fresh beginnings.

Lantern Festivals Around the World: 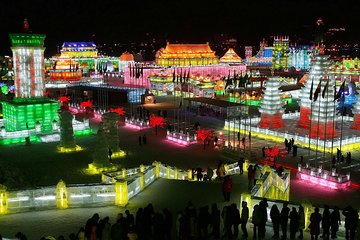 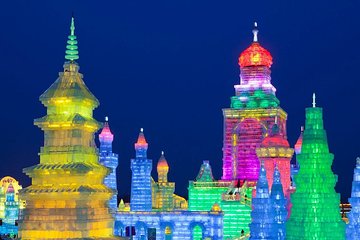 from: Viator, A Tripadvisor Company 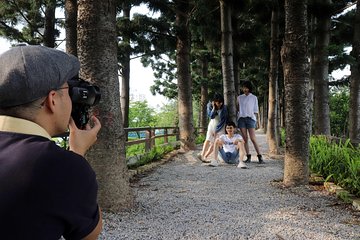 So how did I accidentally end up attending Taiwan’s most iconic festival? Answer: A simple, overnight layover in Taipei during my journey to Thailand.

Instead of staying in the airport all night, my girlfriend and I decided to venture out into the city and check out the night markets. We didn’t even realize it was the Lantern Festival until asking a local if large floating paper animals in the street is an everyday occurrence.

“It’s the week of our Lantern Festival!” Heading to Taiwan for the annual Lantern Festival? I hope you have a fantastic time! Make sure to tag me on Instagram or use the hashtag #messybuntraveler so I can see the fun festivities!

Need to come back to this post later? Make sure to PIN ME!